Our fellow dog lovers at Schizophrenic Records have released a new Blockade record.
Blockade does a Judge cover, Shank does a Citizens Arrest cover.

One time pressing of 300 copies

100 come on coloured vinyl with extra cover hand stencilled by The Chew (spray paint huffing art mosher) who also did a small run Primitive posters a while ago. Also comes with 7” painted with band logos. 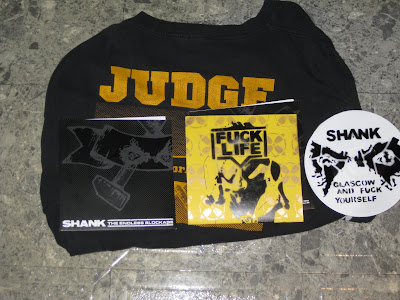 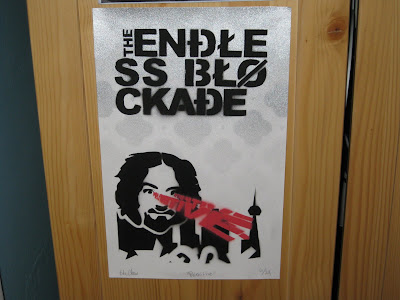 How much art can you take?

Shank was a weird beast, the most real band I’ve ever played in. Sometimes I miss it being a part of my life and then I remember that hindsight is a glorious thing and the stress and bullshit my life was full of at the time is thankfully a thing of the past

Shank, as an entity, was 100% a product of its environment; all the sectarian violence, not having enough money to eat, life hating, friends dying, bullshit UK hardcore scene, intense ned rage I could ever be bothered with. We were basically four spiteful people that hated our surroundings. We couldn’t decide if we wanted the world to be saved or destroyed; equal parts social Darwinists and utopian idealists wrapped up into one big heavy drinking, intolerant, anhedonic package rounded off with terrible dental care.

When the opportunity to move to Canada arose I took it as fast as I could and haven’t looked back.

The Shank song was recorded just before I moved away as part of the same sessions that our friend Brendan made happen for us that became the material for the Iron Lung split. The cover was originally for a Deep Six comp called Unreality of all hardcore bands. Seven years after being asked to be on it it still isn’t out so it’s been released in this form. My guess is that Unreality will be out once the Low Threat Profile 7” and Infest and Neanderthal discographies are released.

Bob Deep Six is awesome, I always enjoy my brief once every three year hang outs with him.

The Blockade song was recorded at the same time as the first LP. We played it live once and totally confused everyone in the room that was waiting for 86 Mentality to play.

Somewhere in the world there’s a Blockade recording of us doing a Von cover but I haven’t even heard that, hence its non-inclusion on this record.

In the immortal words of the (marginally) better half of Glasgow: Tiocfaidh Ar La ya prick

Posted by Survivalist at 8:40 PM 4 comments:

Blockade recorded our 15 minute instrumental track last weekend at Audiolab. Vocals and additional electronics will be added in the new year once we've decided with Bastard Noise what the next step for this release is going to be.

Also got to record some dense harsh noise on our full backline and get a studio recording of it which was incredible (fuck 0db compression or in the red line-in "noise"). Sections of it appear in the Blockade track.
Posted by Survivalist at 6:10 PM No comments:

Everything is now sold out apart from the Death Agonies// Piss Horn tape.

Fellacoustic has some digital versions of the Windscale - Servitude release left.

In the new year the Death Agonies// Pig Heart Transplant tape will be available.

Winters in Osaka will be releasing a WiO/ Death Agonies collaboration CDR (different from the split on Survivalist). One live collaboration recorded in the Blockade space and two pieces using material recorded the same day, one by Nolan (Windcale, Joshua Norton Cabal), one by Carroll (Gack)

Harsh noise through compulsion, not entertainment.
Posted by Survivalist at 6:01 PM No comments:

We played our last show of 2008 recently with Hatred Surge, Iron Age, Eating Glass and Fucked Up.

We're probably not playing any shows again until may 2009, when we'll play a limited number of US shows on the way to Maryland Deathfest and back. We're also trying to get Sickness and Slogun to play Toronto with us before we leave.

Late 2009 we're hoping to tour with Hatred Surge again, west coast and Texas. This is probably going to be our last tour (but never say never right?)
Posted by Survivalist at 11:34 AM No comments: 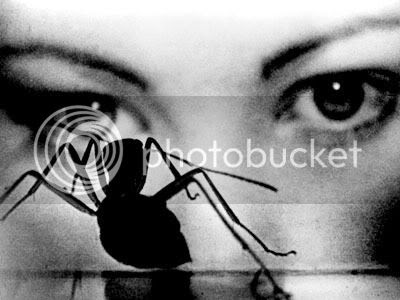 Blockade news
We're recording our sections of the Bastard Noise collaboration in november. Yes, Bastard Noise are apparently starting to evolve back towards the MitB direction, making this collaboration a whole different proposition than when it was originally conceived.
Split 7" with Wadge is temporarily on hold, our material was total garbage and needs to be re-recorded. Someday we'll get around to it.
Split 7" with Agoraphobic Nosebleed seems to be lost in family life hell. Though i can see a Relapse Records (Point. Click. Grind.) contract with my signature on it stuck to my noticeboard between a Revenge flier and a credit card bill from here. Who knows when this will come out? It's material from Primitive that we cut because we didn't want it to be too long. Mick Harris appears on our side and Mike Diana is doing the artwork, both of which would have made the 19 year old me insanely happy (as would being on the label that put out Repulsion and Rottrevore 7"s).
Split 7" with Shank might even be out now, hell, it's probably sold out.
Next year we're finally realising a dream come true and playing Maryland Death Fest. We've finally made the big leagues. Try catch us before Mayhem go on on the main stage. In the immortal words of Coffins "it's like a dream." We'll say hi to all the little people on the way back down the ladder again.
new Survivalist release

Depressing noise bludgeon transforming into screaming children made out of rusty metal from Death Agonies.

Crawling occult hatred from Pisshorn, the spirit of black metal minus the music. Not "Black Noise", whatever the hell that is.

Available from any show we play between now and 2009

Maybe out this year, maybe next, who knows?

Blockade related noise news
Gack has two releases with our occasional live collaborator Torso, a collaboration and a split. Both are great and never far away from my CD player.

Joshua Norton Cabal has a few new things coming out; splits with Cornucopia, Doldis and Burial Hex, a collaboration with Eric Wood and some solo releases (including one on Self Abuse, which makes me very happy). First live performance in seven years taking place at a house show in Toronto this weekend (with Gack and Ryan from Pisshorn on the bill too)

Windscale are slowly working on an LP and a CD. Very slowly.

Posted by Survivalist at 5:45 PM 3 comments:

Second release, continuing the dystopian horror electronics of the Skulls of Heaven release of a few months ago. Claustrophobic, deranged, occasionally ear splitting.

Death Agonies - The Path to Heaven Leads Through Hell C20

aka Blockade Noise. One track of harsh cut up noise damage, one track of crawling dead air.

all tapes available from any Endless Blockade show this summer or by mail. $5 each, theendlessblockade@gmail.com for details/ postage/ whatever

the Death Agonies/ Winters in Osaka tape is long gone.

Blue Sabbath Black Cheer are working on some kind of Blockade noise mangle, more details in 2010
Posted by Survivalist at 12:38 AM No comments:

Repress of our dusty Come Friendly Bombs 7" via Fatalist.
Originally this was supposed to be for Turn Illness Into a Weapon but things got fucked up in the studio and half the session was lost. Typically we'd recorded Illness the week before Kiyasu, our original drummer, was due to move back to Japan so we couldn't re-record it and it ended up becoming a 7".
Amongst the material lost in the butchery was the original and different version of Island that ended up being re-recorded for the Warzone Womyn split. Sadly we also lost an incredible noise track that featured some completely bizarre vocal freakouts from Kiyasu; lots of inhuman gruntings, injured primate sounds and general possessed lunacy.
Kiyasu was a true artist, even when he was doing a take of hitting a guitar with a squeaky toy hammer (for the original version of Island) he was totally, insanely focused on what he had to do. We would arrive at practice and he'd been there for six to eight hours before us just practicing everything like mad and writing everything down in his black book. I once snuck a look at Kiyasu's black book when he was eating his drummer meal of two bananas and a litre of orange juice and nestled between lines of drum notation was the two words "bread noise." And who wouldn't miss daily conversations on packed subway trains that started with lines like "how do you ask a girl to show you her pussy in English?"
And then there were the times when Kiyasu would tell us utterly fucking terrifying stories of growing up in a Yakuza household. I'm not even making that up.
Anyway, we miss that crazy asshole.
He can now be found playing in the noise crazed grind of Sete Star Sept and occasionally with legend Keiji Heino.
(and he learned to play hardcore from this guy)
Posted by Survivalist at 7:16 PM 2 comments: 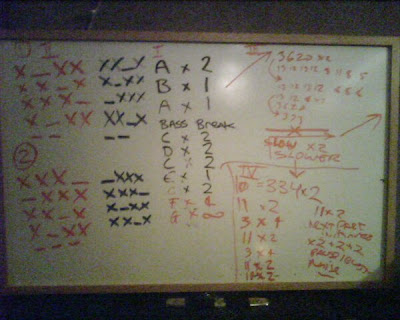 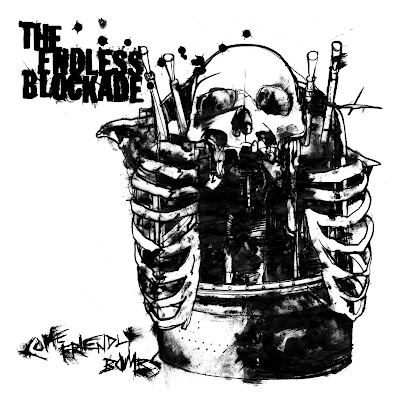 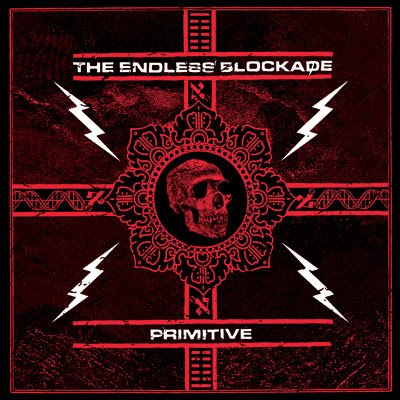 Come Friendly Bombs 7" repress with new art and Primitive LP/ CD out in may
Posted by Survivalist at 6:56 PM 2 comments: 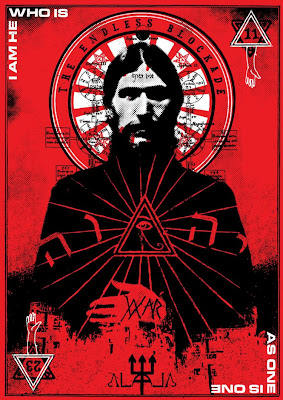