Everything has its Price 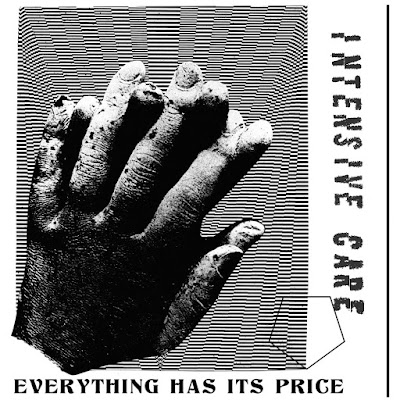 Two songs, 300 copies, there was a conscious effort after Voyeurism to write a record that was a more  straight forward two guys playing music thing, this is sort of that.

The songs on this record deal with the anxieties created by living in modern cities.

Posted by Survivalist at 8:35 PM No comments: It came out pretty great if i do say so myself.

Posted by Survivalist at 12:39 PM No comments:

Seek the Way Amidst the Ruins

I recently did a remix for Toronto guitar drone ensemble Gates.


Posted by Survivalist at 12:32 PM No comments:

Wolves of Heaven Vs Full of Hell

I just put my version of Trumpeting Ecstasy up on SoundCloud, rather than giving them the noise drenched everything in the red mix i suspect they wanted i pulled most of the elements out and gave the song some more space than it originally had.

This track is not a dub track by any stretch of the imagination, but the techniques i used all came from  my interest in and reverence for dub music. I've long felt that anyone with an interest in experimental music who does not investigate what was happening in Jamaica in the 70s and 80s or doesn't spend some time really immersing themselves in production techniques of late 80s hip hop - particularly The Bomb Squad's work from roughly 1988-1991, is seriously missing out on some phenomenal music and approaches to composition and recording that were not being done by anyone else at the time.

I love rubbish tape hiss noise and stuffy old academics from Europe as the next guy blogging in a bootleg Throbbing Gristle shirt (as i am right now), but the work of people like King Tubby, Scientist, Adrian Sherwood, Hank Shocklee, Eric Sadler, Keith Shocklee, and Chuck D is as vital to my understanding of sound as anything by Pierre Henri, Pauline Oliveros, Lustmord, Einstürzende Neubauten, Macronympha, Faust, or Delia Derbyshire is.

Voyeurism 12" available now from Anthems of the Undesirable and Divergent Series.

There are two broad thrusts to this release, the first is that art that attempts to depict an honest social reality through suffering and poverty is exploitation, no different from any other type of exploitation, and in attempting to portray a version of truth the artist only obscures their motivations of capitalizing on other's existences.

The second aspect is that artists whose alienation is realized through lazy nihilism do not have any great insight into the human condition and would do well to remember that their gaze is returned.

As a society we demand the poor and oppressed display their humanity and shame for us in order to be redeemed through pity, distanced socially conscious art is one mechanism that supports this way of thinking.

Opinions are like assholes, as always I remain open to discussion of the nuances and grey areas via e mail.

Sublimation is our track on the Iron Lung Mix Tape Volume 3, i think we decided we wouldn't rerecord it for anything else. You can have our song for free if you like.
Posted by Survivalist at 7:15 PM No comments: