as mentioned a while ago after, i wrote a column on Scion and hardcore for the 10th anniversary issue of SFL. Get it here.

E mail me if you want an electronic copy of the column, but seriously, don't be a dick and buy it anyway if you give a shit about hardcore being more than just something you like on facebook.

and if anyone wants the Slaughter Strike final demo it's still available to download here:

all physical copies are now gone, if you see any on e bay for more than $5 then feel free to flood the market with your own bootlegs (og art file included with download)

First punk band i ever saw live, 1990, Duchess of York in Leeds. 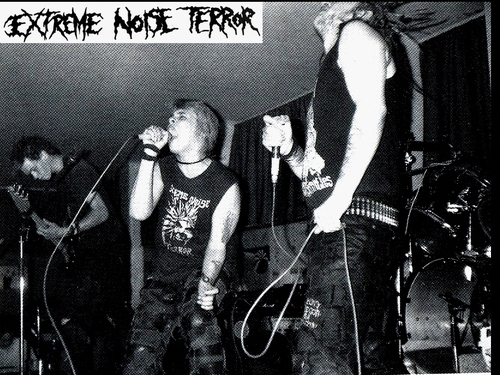 more Kiyasu versus the world

Space jam freak outs. Get into it.

And this classic from my youth that i reworked:

aka two of the best dudes in Japan to get drunk with making a racket
Posted by Survivalist at 5:40 PM 2 comments: 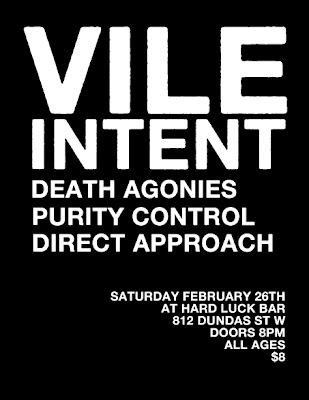 rare live performance, i think this will be our third?

Bloomer, Carroll, King, Nolan is the line up at this show

I guess it's time to do that final post on 2010. Doing four seemed like a good idea when i had the time back in late december...


Often when black metal is discussed the talk turns to the satanic aspect of culture; whether or not Satanism represents the defining aspect of what makes something black metal or not. “Black metal is Satan’s music, if there is no Satanism inherent then it isn’t black metal.” You’ve heard all of these points a thousand times before and by now you’re probably largely immune to the emotional triggers that black metal’s visual language is supposed to awaken in you.

Similar to power violence, which I discussed last time, no one is clear about black metal and what does or does not constitute its essence. If its essence is the Satanic, then Satanism needs to be better defined. Modern Satanism can take the form of anything from a literal theistic worship of Satan as a divine entity to a metaphorical Satanism; Satan as the symbol for ultimate rebel/ artist/ libertine/ what have you and all points between the two polar beliefs.

So where does the heathenism of someone like Burzum fit in with the gnosis of a band like Ofermod or the brutal Dennis Wheatley style Satanism of Morbosidad?

And where does the eco message of the “are they or aren’t they black metal?” of Wolves in the Throne Room fit?

If you pull back a bit and look at what black metal is reacting against then it is clear that at its most simple level a rejection of Christianity is at the heart, regardless of the approach. You can see this in areas as diverse as Chris Moyen’s comic book satanic super hero adversary of Christ to the reclaiming of pre-Christian ways of interacting with world of the heathens. I would even argue, though this thought is far beyond the scope of a blog post, that the eco-philosophies of some black metal bands come from a place that rejects the separation of man from nature that Christianity has come to embody in many minds.

However, written into this rejection I also see something else, I see a strong rejection of Modernity in black metal. The misanthropic Anti-Life black metal crowd wants to push everything to breaking point and the inevitable societal collapse that will follow (“if it doesn’t work, fuck it up even more”). One of NSBM’s main thrusts is the rejection of diversity and multi-culturalism, both of which are distinctly modern ideas. The symbolic Satanists reject post-Enlightenment moral codes and the heathens have a desire to return to a romanticized past. I see all of this as being a rejection of the modern world and it generally focuses on Christianity in particular, arguably the major defining force on the entire world over the last thousand years.

As an aside, the wide scale derision that the Hideous Gnosis symposiums have faced strike me as a reaction to what I think many people perceive as outsiders trying to write their meaning on black metal. Once that meaning has been written, it can be colonized and owned anew. Again, this isn’t particularly my fight; I can enjoy some of the undoubtedly ridiculous intellectualizing of black metal (I love theory, particularly the ludicrous stuff) and I can also appreciate and support the refusal to legitimize the proceedings.

At the end of the day if, as I suspect, elements of black metal contain an untamable barbaric warrior spirit then no shit, these symposiums are seen as alien and are hated in some quarters. 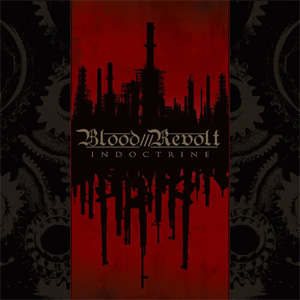 So, if you’ve seen more than a few posts on this blog it’s probably clear that I’m a person that tends to think a lot (perhaps over think sometimes) about what gives something its form and what it is that I really like about music beyond the sound.

I’m rarely interested in saying much about the musical side of things; I either like it or I don’t and there are different gradations within those two sets. As the post on power violence said, I could easily pull some “this CD resurrects Christ with its occult power then publically executes him and spends an eternity defiling his corpse. It’s fucking brutal dude.” So the lengthy intro above is a just way of framing certain qualities in this release that I admire. The structuring of the power violence article was exactly the same.

But musically, yeah, let’s do this first. This shit is awesome and I had no expectations to the contrary. I followed Axis of Advance’s output avidly and I get the impression that this disc is essentially where the fourth AoA LP would have ended up musically.

J Read’s drumming, like Mick Harris’ of some twenty plus years ago, is instantly recognisable and adds the chaos and war to even relatively polite and melodic sections. Meaning that even in relatively restrained sections there is an uneasy undercurrent to the whole thing.

A. A. Nemtheanga’s vocals are suitably in character; typically veering between an introspective yet impassioned self-questioning and something akin to an insane, histrionic preacher.

Not everyone is a fan of the vocals, I understand that but two things strike me. One, I love black metal pterodactyl vokillz as much as the next nekro guy on the block but the content, which makes the record so vital to me, would be utterly lost with that vocal style. Two, kids would bitch about vocalists like HR and Jello Biafra these days; as time goes by the acceptable means of expressions within genres diminish noticeably.

So where does this fit in in the terms outlined above in the preamble? Lyrically it makes me think of what Sirhan Sirhan’s private diary entries might look like, though the first thing I thought of was the letters Reagan’s would be assassin, John Hinckley sent Jodie Foster before he did the deed to prove his love for her. Searching online doesn’t pick up any of the really crazy ones asking Jodie to hang on to his dreams and fly away to netherworld of happiness with him or crying into the shaving mirror every morning. But trust me; they’re worth a read if you find them in a book, for the life of me I can’t remember where I first saw them, (edit, they’re in Apocalypse Culture 2). 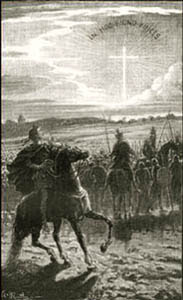 The intro to God’s Executioner, Praise Be brings to mind Emperor Constantine’s (you know, the guy more responsible for Christianity than Jesus) vision before the battle of Maxentius in which he had a premonition of victory if he replaced the images of imperial eagles with crosses on the soldiers standards.

Blood Revolt does not condemn the martyr, but they don’t need to. Either way Modernity is called on its shit, both in its creation of deeply disturbed people that attach their psychoses onto a spiritual impulse and for being such a sickened environment in the first place.

If black metal is a culture of obsession (which I think it is, but I haven’t touched that) and also anti-modernist and with a religious aspect (whether in theistic Satanism or in its anti-religious discourses) then to me Blood Revolt hit all three of those concepts squarely. Not only that, but the ideological content is something both entirely new yet still remains consistent with black metal’s framework.

The whole CD is the deranged religious visions of death that black metal has always promised to deliver made incarnate.

Probably the release I listened to the most in 2010 without a doubt.
Posted by Survivalist at 9:18 PM 10 comments: