if you're buying the Column of Heaven tape from 20 Buck Spin (now in stock) and still want Primitive on vinyl it's about to go to the big fat OOP in the sky.

Canadians can also purchase it now

The Future of War

I finally got around to the seemingly Herculean task of getting my arse down to Kinko's to make the covers for the first Column of Heaven release, Ecstatically Embracing all that we Habitually Suppress.

These are the places you can get this release:

Torontonians go to Hits and Misses

Rest of the Worlds go to whichever one of the above you want to send your money to.

I'll be hitting up the post office in a few days to mail all these fuckers out, so don't worry about it too much for another 7-14 days (other than local people who can go to Hits and Misses, a local shop for local people) 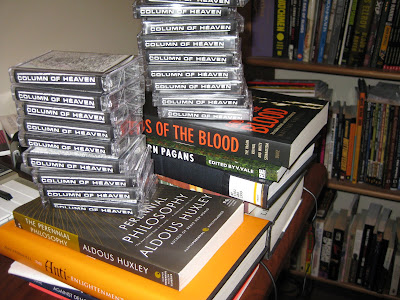 After Slaughter Strike predictably broke up, both Eric and myself wanted to return to something a little more primitive (no pun intended) and get something out quickly.

This is the result of that goal, three practices, six songs and absolutely zero suprises guaranteed.

The noise to music ratio is about the same as on the Blockade/ Unearthly Trance split LP.

I'm often asked in interviews what keeps me motivated in keeping my involvement going "after-all-these-years", lyrically this release vaguely takes a stab at answering that: That i'm following a tradition (Altars); that bad feelings don't ever go away (Binge/ Purge); that culture is power (the cunningly titled Knowledge. Culture. Power.); that sometimes i can hear every sound in the universe all at once (A Sea of Blood in a Universe of Infinite Flaming Darkness); that it's a way of keeping track of themes in my life (Scarred); that it's something positive in my life (The Future of War).

There is a very small tongue in cheek part in Shawn Wilson's excellent book Research is Ceremony where he quips that he thinks graduate students should be ritually scarred upon completion of their thesis. A lot of the lyrical inspiration on the tape comes from this idea.

We're recording again in a few weeks for a split 7" with Holy Terror pin up boys Rot in Hell.

Listening; Macabre Eternal on repeat non-stop for two days in a row now. Oh, and that Whitehorse/ The Body split 7"
Posted by Survivalist at 9:53 PM 22 comments:

The Body in Toronto

go see them, not sure how well promoted the show is; their LP All the Waters of the Earth Turn to Blood was one of my favourites of last year
Posted by Survivalist at 3:52 AM 7 comments:

Meanwhile in Land Belonging to No One...

One last death rattle available in an edition of fifty copies for anyone still requiring a physical copy of Winter's Agony.

and two (not Australian) documentaries:

The Ballad of Genesis and Lady Jaye
Who Took The Bomp? Le Tigre on Tour (if you're not a fan it's worth it for the stuff about Le Tigre and Hatebreed hanging out)
Posted by Survivalist at 8:54 AM 6 comments:

Just to Get Away 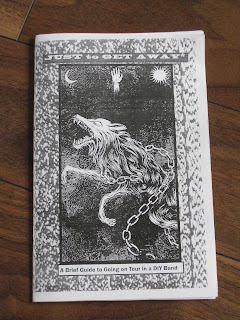 I semi-recently made a micro-run of a short (24 page) zine on touring called Just to Get Away.

I'll probably make more copies in the future, but you can download the electronic version here.

I put it together in part because it's something i'd been considering for a while and wanted to get my thoughts down on the topic, but mostly it's a test run for the Survivalist series of zines i'm in the process of putting together (more later).

Just to Get Away follows a relatively simple popular education how-to formula; i position myself in relation to the text, i list what i don't cover, i set out some "how-to" excercises (in popular education these wouldn't typically be "how to sell shirts" or "how to cross a border with a band", but i don't think that makes my case that this is a popular education text any less valid ) and at the end i return to positioning myself in the text.

The return to positioning myself within the text is the important part and in my opinion the rest of the zine really just props up that section. This is because i believe that the choices we make in this life are inherently political and i'm really just using the zine to underscore this.

No one else has to care about that aspect from Just to Get Away though, i'm just showing the mechanics at work.

The zine was originally given away at a popular education conference in Toronto and it shared physical space with zines on Hip Hop and collective education, physical activity and academic performance and using tea parties as a political/ educative process (tea party meaning where people get together and drink tea and talk, not where people shout dumb shit about how awsum 'Merica is and how those damn Muslims terrists are in league with the homosexes). 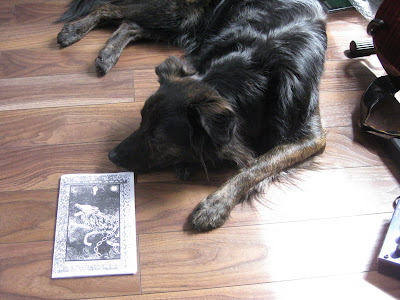 Re: Survivalist in print. Yes, i've probably been talking about this forever, but if i have an idea, mentally massage it to death and actually stick to the same idea over the period of about a year then i usually do something about attempting to manifest it in physical form.

Each issue will be on a single theme and won't be objective, it will be about my specific experiences and thoughts on the subject. Yes, they're going to be essentially ego-driven.

The first two are slowly being worked on concurrently, expect one of them before the end of the year, depending on other commitments. The third and fourth issues have their themes decided upon as well, but will take a bit more time to put together.

There's no great plan to how many issues i'll make, but i've committed to the first two, anything after that and we'll see how inspired i am.

and Benedict Anderson's book on nationalism, Imagined Communities, is still blowing my mind for the third week running, well worth reading and then re-reading.
Posted by Survivalist at 12:38 PM 8 comments:

My favourite new (ie they've existed less than two years and i've heard of them) local band made a video.

Bandcamp here for free downloads and all that malarky.

This song was recorded when Godstopper was still a one man operation, now they're a full band and playing live.

Some posts about new releases, both musical and written in nature coming later this week.

Probably a post about this photo in a month or two: 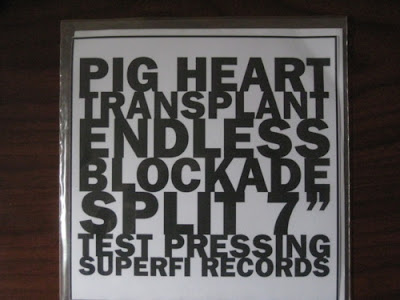 Venture Brothers Seaon 4
Sons of Anrchy Season 1
I Saw the Devil
Heartless
My Soul to Take (was expecting to hate this and it reeks of studio inteference, but there's suprisingly something very watchable about it)

Yes, i've had a week of ignoring all commitments other than feeding myself and the animals to indulge in all of the above.
Posted by Survivalist at 5:11 PM 10 comments: